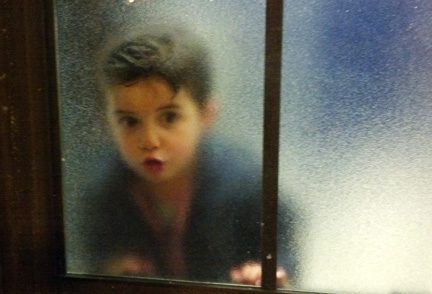 Photo from Moments in Mind, 2014
More Journal Excerpts
Regarding Ghandhavati and the Perfection of Wisdom

In 2011, I decided to undertake a somewhat daunting but necessary journey through a seemingly endless stream of Buddhist canonical texts, and in a much more disciplined way than I had ever attempted before. After much meditation, reading and re-reading of countless sutras, more meditation, and an equally endless reflective dialogue in my journal, I ended up in a surprising, nourishing and compelling place. After some three years of study, practice and fermentation, here are some of my takeaways from that journey.

To create the interdependent, fruitful conditions of contemplation and clear awareness, to afford ourselves rigorous training and “purification” of the mind stream, and to intuitively apprehend Buddha nature, we must come to fully penetrate and embody unconditional compassion. Love is our greatest ally, the most efficacious “liberative art,” because it helps establish and sustain these conditions and practices. Love provides the setting – creates the stage – within which the music of pure presence can “attract hearts and awaken minds in all conscious beings.” Love creates the conditions conducive to liberation.

The Buddha’s proposed frame of consciousness (via our perception of and relation to form and materiality) is internally consistent – inherently validating and cohesive within the context it creates. But if the world of form actually exists independently of our consciousness, it would of course operate independently of the Buddha’s proposed frame as well. It is a Buddhist “leap of faith” that form has no separate, independent existence. True, this can be affirmed by the practitioner’s subjective immersion in “abiding without an abode,” that is, to occupy a field of consciousness where no objective or subjective structures exist, and where any possible physical or metaphysical foundations are vacated through a complete absence of conventional perceptions, descriptions, conceptualizations and constructs. But, as a variation of the “hard problem,” human consciousness is the only testing ground for this proposed ametaphysical law, and thus we cannot escape the limitations of our own faculties; any contact with emptiness is, in essence, subject to another self-referential “dream display.” That is why, despite the profound intuitions and experiential validation reported over the centuries, abiding in the Buddha field remains a leap of faith.

In a non anthropocentric view of this Universe, it seems very likely that the world of form persists without a necessary intersection with human consciousness – or the consciousness of any beings for that matter. Regardless, however, here we are, trapped within our own experience. So is it possible to transcend the limitations of our perception-cognition, so that we can address any faulty assumptions of our egocentrism? Are we able to escape the tethers of mind, with all its ingenious inventions, and exercise a truly contextless and transparent apprehension of ourselves and the Universe? To see what really is? Or do all such efforts merely lead to new illusory fields, magical dream displays that may sometimes attenuate ego, but are still subordinate to contexts, constructs and other fundamental structures of mind?

Here is one approach to a conclusion: the blossom opens without resistance to the nourishing light of radical, unconditional, compassionate affection for all things. Without discrimination, the blossom’s aroma is shared with the wind, the bees and beetles come and go, and generosity and kindness are effortless. But there are also roots, deeply grounded in the soil of honest, effortlessly transparent experience; rich earth, unpolluted by ego, but nonetheless a protective and nurturing environment for consciousness, is accessible through disciplined attention. Deeper still, those roots reach into emptiness. Objectless, contextless, contentless, unending emptiness that itself hints at pre-existence without confirming it. And these unmanifested depths also nourish and sustain the flower, in concert with the warming light of love and the fertile soil of practice.

Can the blossom be relinquished as well? Can we release our will’s hold on it entirely? Can we accept, celebrate and integrate an aha that the flower is not really there? Perhaps, if our consciousness is truly and absolutely extinguished, we might; but then we couldn’t apprehend the extinguishment, could we? Even in death, if the structures of consciousness persist, the flower remains. And if the flower can never really be uprooted and cast aside, we can never be free of our constructs (even contextless, contentless constructs enfolding the greatest compassion). Even if the flower dissolves and expands into nothing and everything all at the same time…it remains.
We could report, in harmony with the Perfection of Wisdom teachings, that the blossom simply does not exist; only the unmanifest and unformed, empty of all characteristics, is “real.” But if consciousness itself is part of the dream display, how could we ever encounter or appreciate pure presence, except as another flower-construct in our dream? And how could we then honestly assert that our new apprehension of “reality” – or any mind stream it precipitates – is more than an egoic artifact of will? Even a claim of “coherent functionality” relies on a cascading interdependency of other constructs, other inventions of mind, so that omniscience, total awakeness, Buddha nature and so on are just meta-constructs that integrate a contextless, contentless, unitive aperspectivity.

Thus we could arrive at a statement such as “Nirvana does not exist.” It has no independent or relational self-existence, but also – and here’s the rub – this very insight itself presents no conclusivity or objectivity, because the insight, too, has no independent or relational self-existence. So what use is any of this? Only one: that encountering such unitive non-differentation – in any form or structure – stimulates all-embracing compassion, selflessness, sympathetic rejoicing and, ultimately, a blissful equanimity that harmonizes with such frequencies of intention. That is the value of this course of perception-cognition: through it we can let go completely, plunging into an endless ocean of maturing love-consciousness....[58% of chapter]