After a few months of spending my "spare time" up on our roof and jumping through all the latest regulatory hoops, we received approval to go live with our solar array. Initially I had wanted to have one of the many local solar companies do the installation, but after a few quotes and more than a small amount of frustration getting contractors to tailor their proposal to my design, I decided to move forward on my own. The steepest learning curve was navigating the maze of somewhat vague or contradictory County, NEC and Fire Code regulations and permit submission guidelines. And then came the realization that I really did need to put new roof shingles under the solar panels, which added both expense and a lot more hours on the roof to the project. And I also couldn't have moved forward on some of the trickier parts (like pulling wire through 50 ft of conduit) without the second pair of hands graciously provided by my stepson, Petyr. The good news is that we saved about 50% on the installation, with a total cost of about $1.90 per installed watt (after the 30% federal rebate and including the new roof shingles), and because we didn't have to do any special financing to fund the project, that's a real number that isn't offset by interest charges. Of course solar installation companies have been crying wolf for years regarding the end to both the federal rebate and SDGE's 5% cap for their net metering program, but in the next year or two we could actually see an end to those programs. So...if you've been thinking about solar, you should probably pull the trigger now.

I've included some of the documentation and a few pictures so you can get a sense of what we did. I'll tell you, though, watching that electrical meter run backwards is pretty thrilling. I plan go out to the meter at least once a day to watch the credits accumulate!

First, here are copies of the plans approved by the County (with their additions in RED): SolarPermitPlansApproved.pdf

And here are some progress photos.... 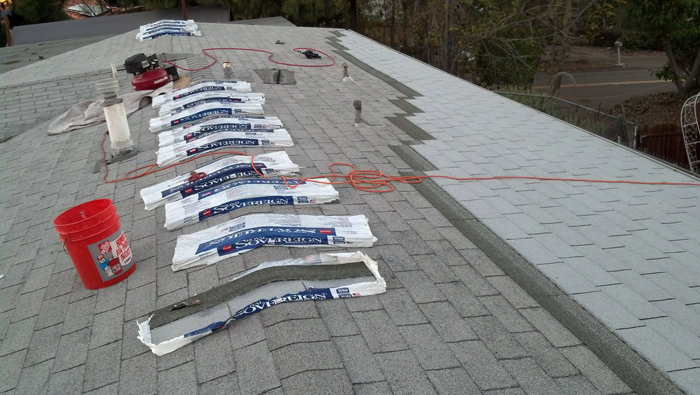 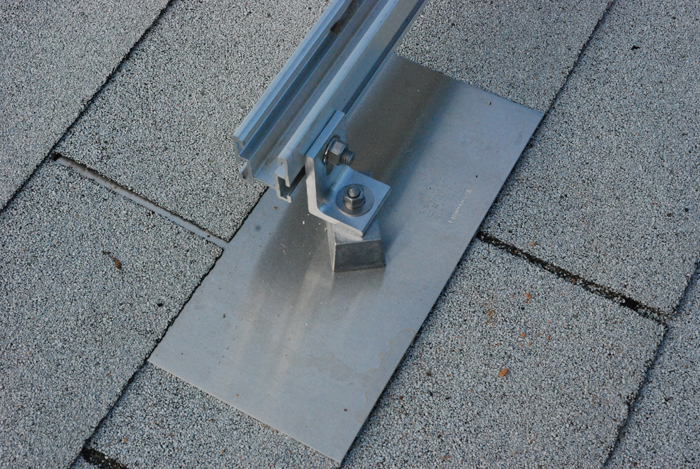 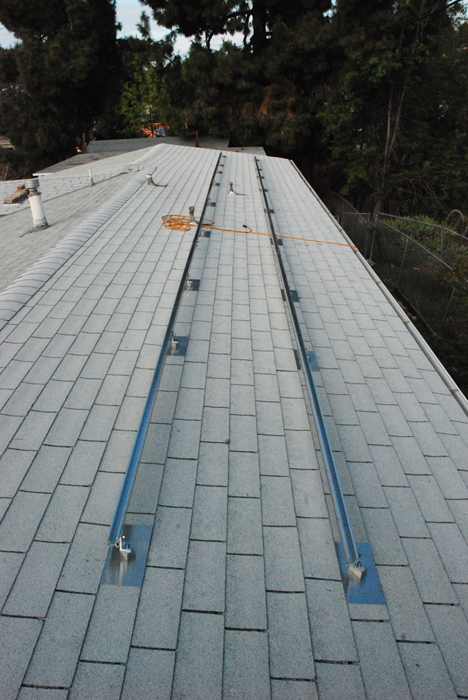 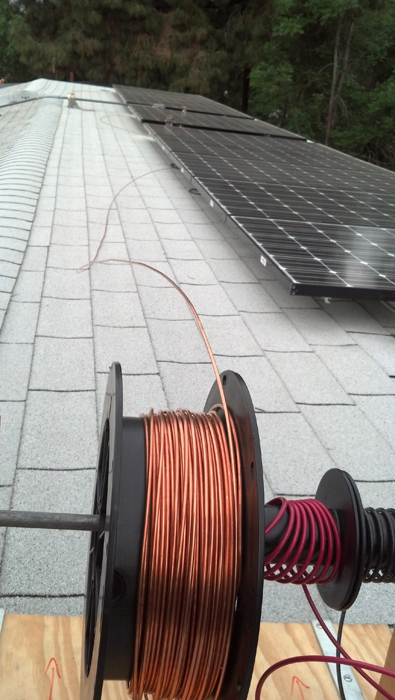 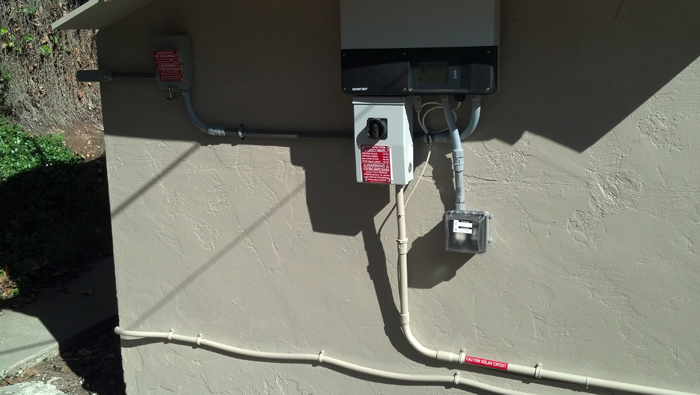 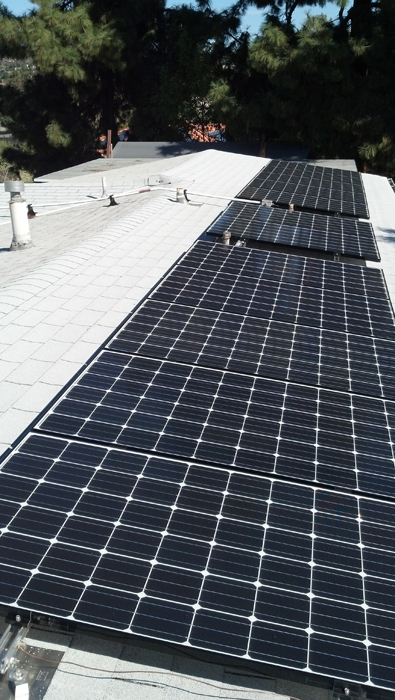